It was about half an hour before kick-off when Mitch Beeson heard the familiar sounds of a pick-up football game breaking out between a rowdy pack of grade-school kids.

The Clarkson-Leigh senior, a standout on both sides of the ball for the Patriots, paused mid-stretch and, for a moment, just listened. Friendly banter turned to laughter, football in its purest form. Instinctively, Beeson knew just where to look.

He spotted the game, on the same patch of grass he and his friends used to stomp up and down during Clarkson Red Devil home games, and suddenly, as droves of fans flocked to the old stadium on the northeast side of town, those memories didn’t seem so distant any more.

“I grew up on this field,” the disruptive defensive end said. “I always had cousins playing on the team, and we used to play tackle football during their games right there, in that same spot.”

Varsity football made its grand return to Clarkson last Friday night. For the first time in 10 years, the stadium lights flickered on. For kids who grew up in the small town off Highway 91, boyhood dreams that had been forgotten over time sprang back to life. Dreams of scoring touchdowns like their favorite Red Devils. Dreams that, as unlikely as it once was, were about to come true.

“I was a student manager, starting in kindergarten, so I grew up on that field too, watching all those great Red Devil teams play,” said senior Carter Hanel, another standout for the Patriots. “It was cool seeing all those former players come and support us. It was an interesting feeling, playing in Clarkson and having vehicles parked around the entire field, but once we settled in it was just football.”

The Patriots settled in alright, rolling to a 46-24 win over Elmwood-Murdock in front of a jazzed up home crowd. Moving forward, the team will play about half of its home games in Clarkson and half in Leigh, which opened its new school facility last fall after operating in the same building since the early 1900’s.

Leigh’s state-of-the-art new school opened the door for the return of volleyball and basketball to the community while giving Clarkson an opportunity to bring football back after 10 years of quiet Friday nights.

“There were some reservations at first, simply because it had been so long since we hosted a game, but when I started calling around to businesses and community members about possible sponsorships and volunteer opportunities, the excitement level was through the roof,” said Clarkson Junior High/High School Principal and Athletic Director Lee Schneider. “It was a no-brainer.”

Clarkson/Leigh is one of the longest-running and most successful co-ops in Nebraska, and Schneider said that Friday night would not have been possible without the relationships between the two districts and communities.

“We love and appreciate the support of our co-op,” Schneider added. “It’s been ten years, so this is all these kids know. We’re in it together. We’re all Patriots.”

While the idea of hosting football games again was a no-brainer, the work required to do so was quite extensive. Schneider said the administration didn’t want to cut corners. They wanted to do things right. Given that the field had received what he referred to as “minimal maintenance” over the last 10 years, there was plenty to be done.

“We added on to the Crow’s Nest, purchased a new scoreboard and added a new sponsorship sign on there, which we put the final bolt in at 4:45 Friday afternoon,” he said with a sigh of relief. “Our maintenance guy, Jeremy Andrew, did a tremendous amount of work on the field, and we never could have pulled it off without the support of everybody. It was all-hands-on-deck, truly.”

Getting the field in playing shape took several late nights, and Schneider admitted with a laugh that the school was a tad bit rusty in other game day details, too.

“We didn’t remember where the visitors were supposed to park their bus, nearly forgot about the benches for players to sit on, it’d been that long, so we were just piecing things together here and there,” said Schneider. “We made it happen. It was everything we could have envisioned, and I can’t say enough about the support of our booster club, administration and students. It’s always been there.”

The school’s media stream team, led by senior Noah Holoubek, captured what Schneider and the players called an electric atmosphere, allowing for Clarkson alumni to tune in to the game from anywhere.

“There’s nothing like this kind of field,” said Assistant AD Andrew Faltys. “There’s people all the way around, from one end zone on our home side to the other end zone. There’s people on the tailgates of pickups, which made me think we must be in Nebraska. It’s just a really cool setting.”

Before the game, the home team made its entrance walk carrying 13 United States flags in honor of the Marines who lost their lives in Afghanistan on Aug. 27.

“We have a few former Marines in the community, and we all thought that it would be a good tribute and all the guys were all for it,” said Beeson. “We wanted to do something special to honor them.”

From there, the Patriots did their part on the field.

“It felt really good to come back to this field and win,” Beeson said. “It felt like football in Clarkson was back. It’s good for the whole community and to have those shared experiences with both towns.”

Shared experiences are made possible by a shared passion. For Clarkson and Leigh, their shared passion is centered around the kids representing the two neighboring communities.

“The days after a game, you’ll have people from both communities telling you how good you played or that it was a tough game and they’re still proud of you,” said Beeson. “It doesn’t matter which community you’re from or which town you grew up in. We support each other equally. We’re one family.”

Gridiron dreams die hard. Some never do. The best? Well, those are the ones that come true.

Friday night, a group of young men from Clarkson strapped up their pads, locked arms with their teammates from Leigh and walked onto a football field that had almost been forgotten.

“It had been a long time coming,” said Hanel.

At long last, with the familiar flicker of those Friday night lights, it was game time on Highway 91.

Football in its purest form. 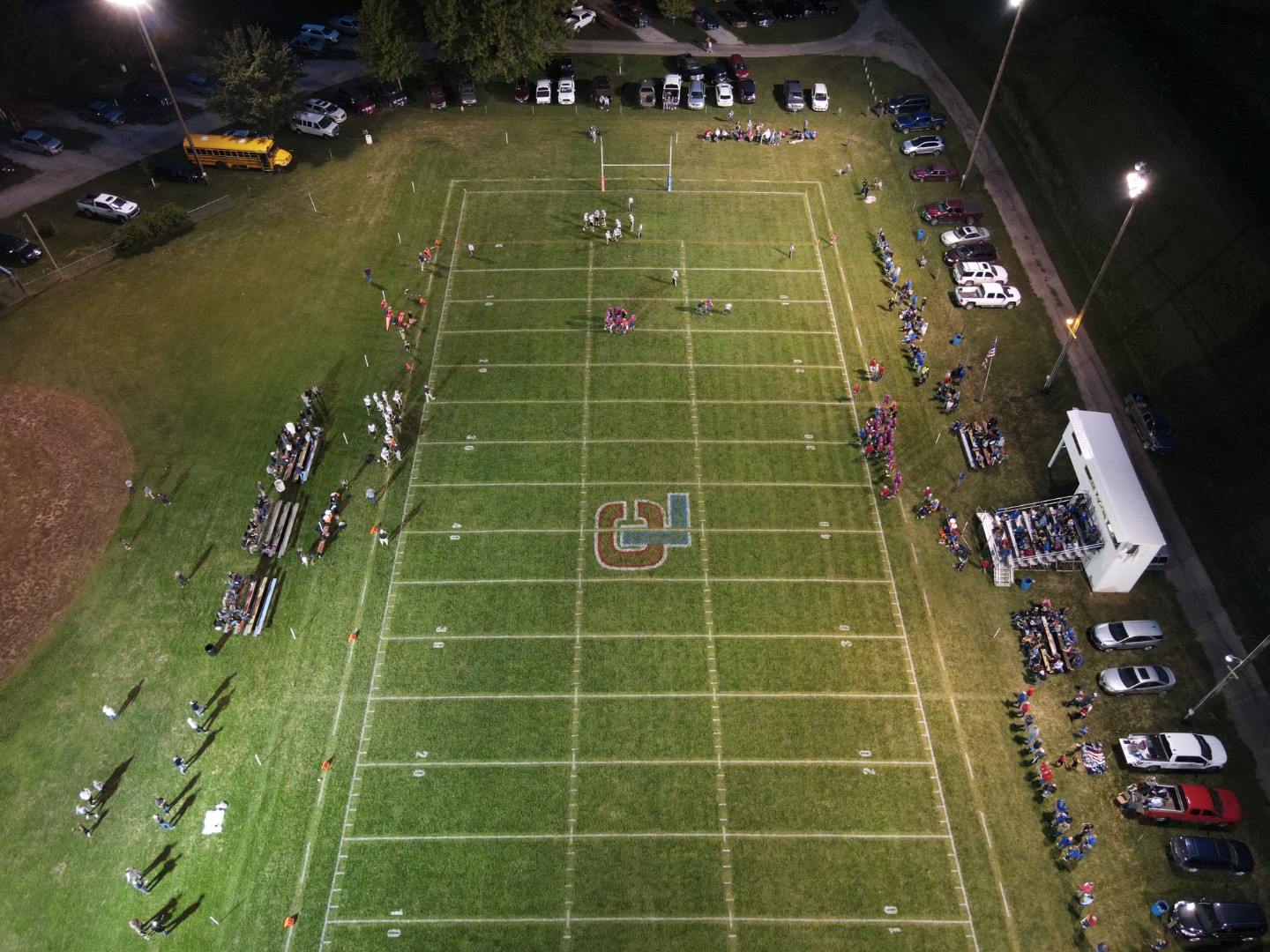