All last week was Red Ribbon Week for drug and alcohol awareness. Students were given a red ribbon at the beginning of the week to wear every day, and if they were wearing it when their name was drawn they would receive a prize.
On Thursday, December 12, students participated in class competitions during 7th and 8th periods. The competitions were a drug-free skit, Patriot’s Got Talent talent show, teacher gift wrapping, and dodgeball.
The 7th-12th grade participated in each event. The first was the drug free skit. Each class had 5 minutes to come up with a 30-second performance to convince the judges not to do drugs. The 8th grade won the junior division, and the seniors won the senior division. Next was the talent show. Classes had one class period on Wednesday to prepare and rehearse their talent. The performance had to be between 2-4 minutes and everyone was required to be involved. The freshmen won the junior division, and seniors won the senior division. After the talent show, students were to wrap up their class sponsor like a Christmas present. Freshmen and juniors won their divisions.
To end the day dodgeball tournaments were played.  There were six teams with students from varying classes comprising each team.
The winners of the first semester of class competitions will be announced in January, after honor roll has been announced for the second quarter.  The winners of the junior division will earn a pizza party.  The senior division will earn a morning off from school.

The freshman perform to "Zombie Nation." 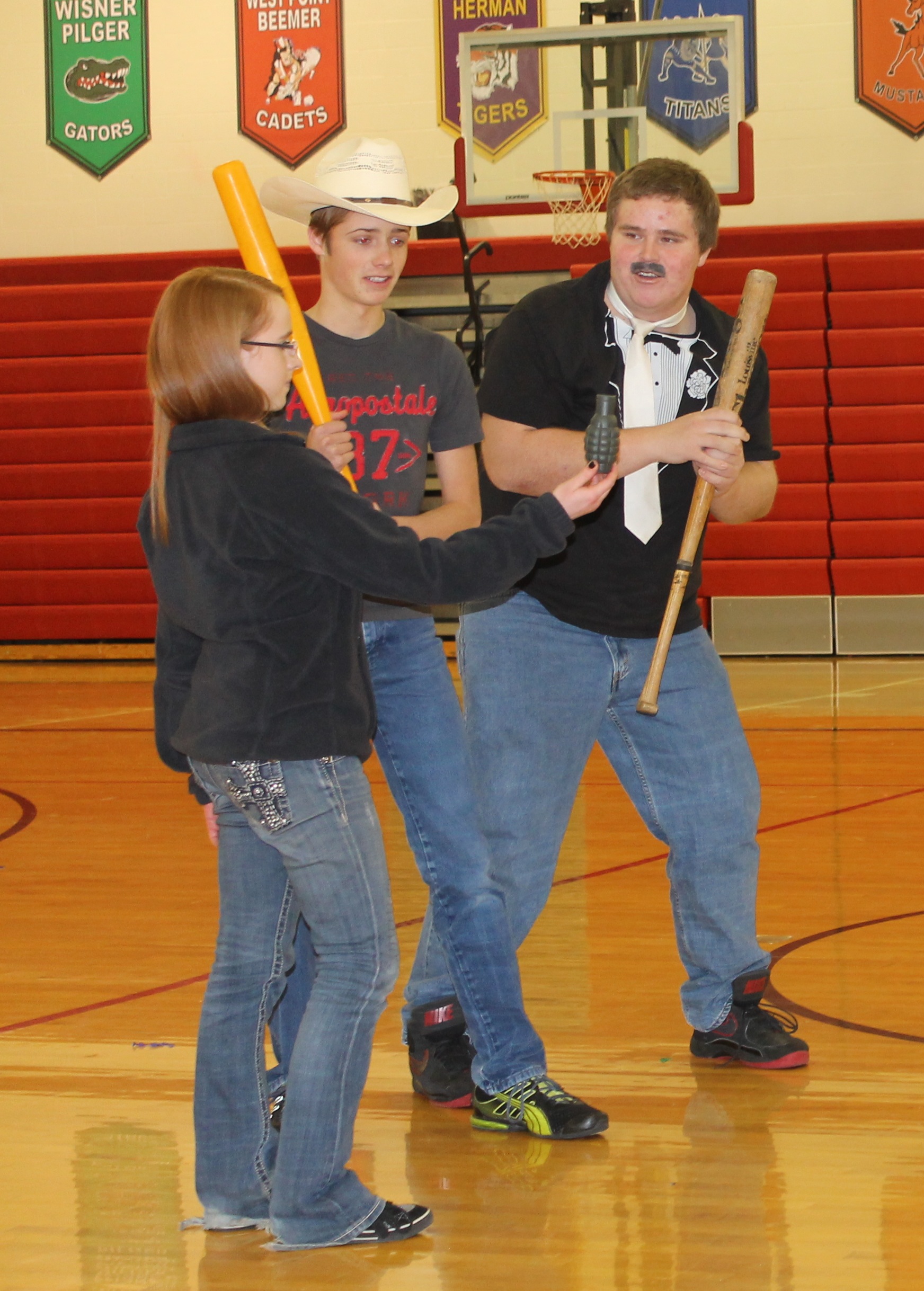 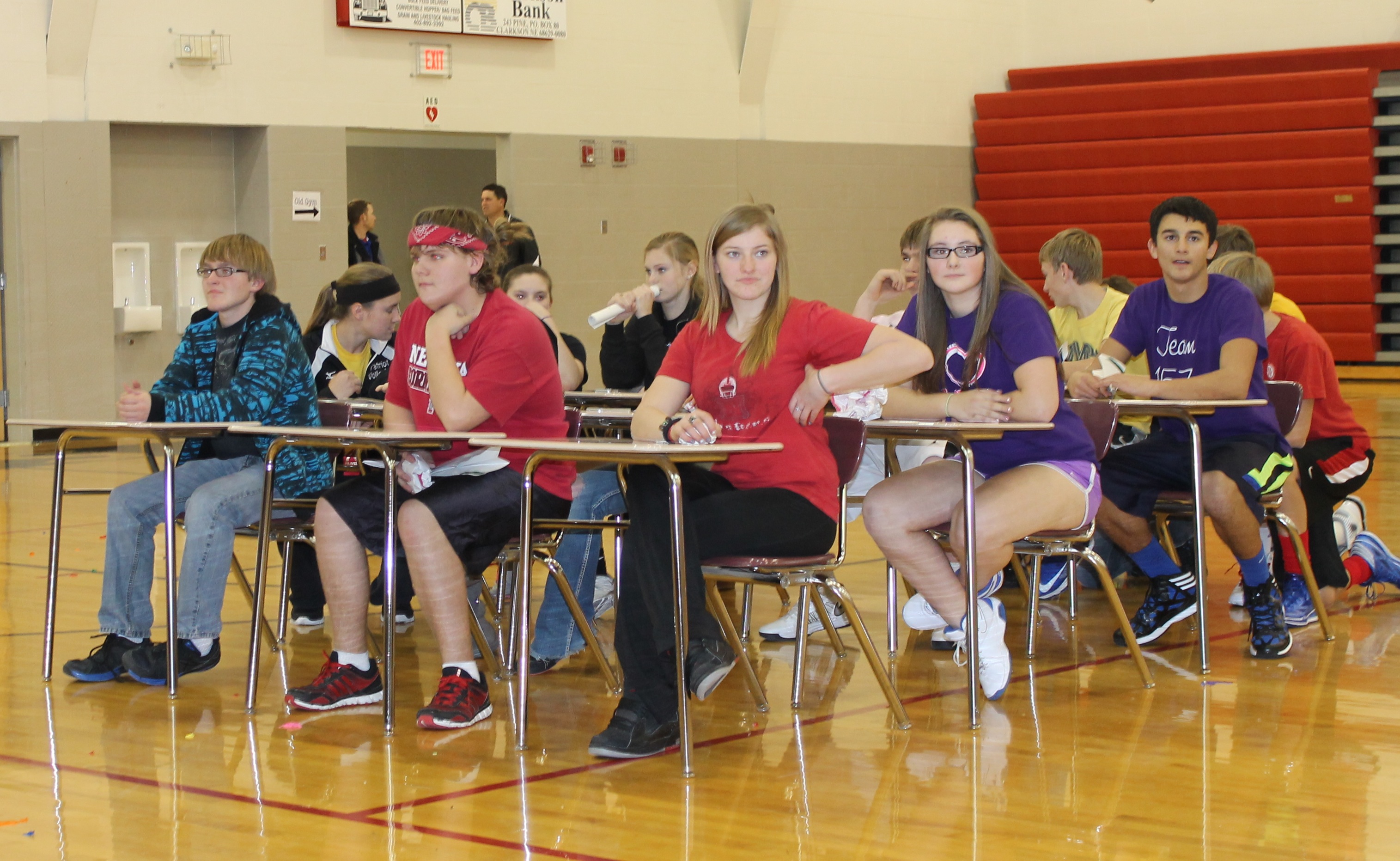 The sophomores made a music video for "We're Not Gonna Take It." 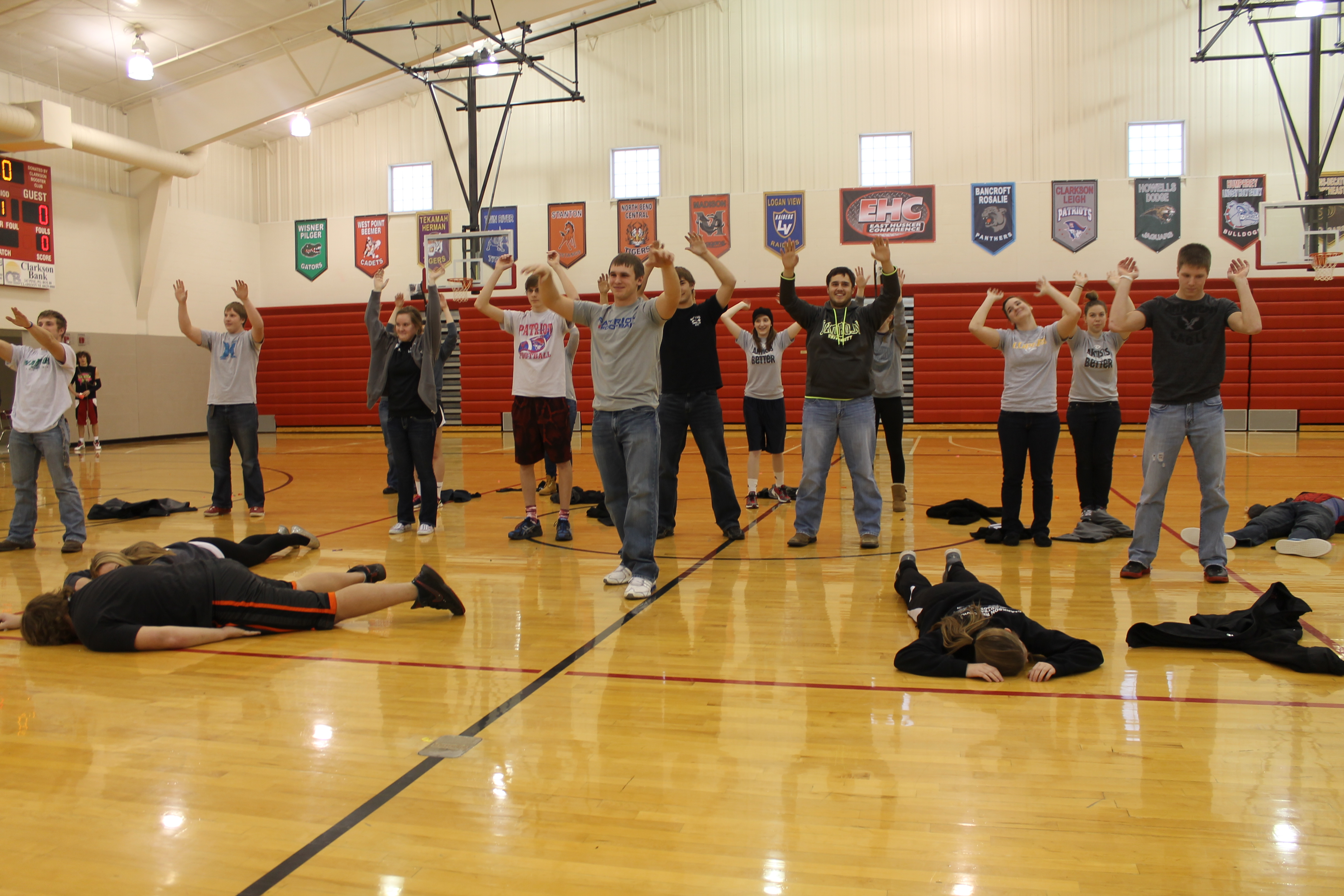 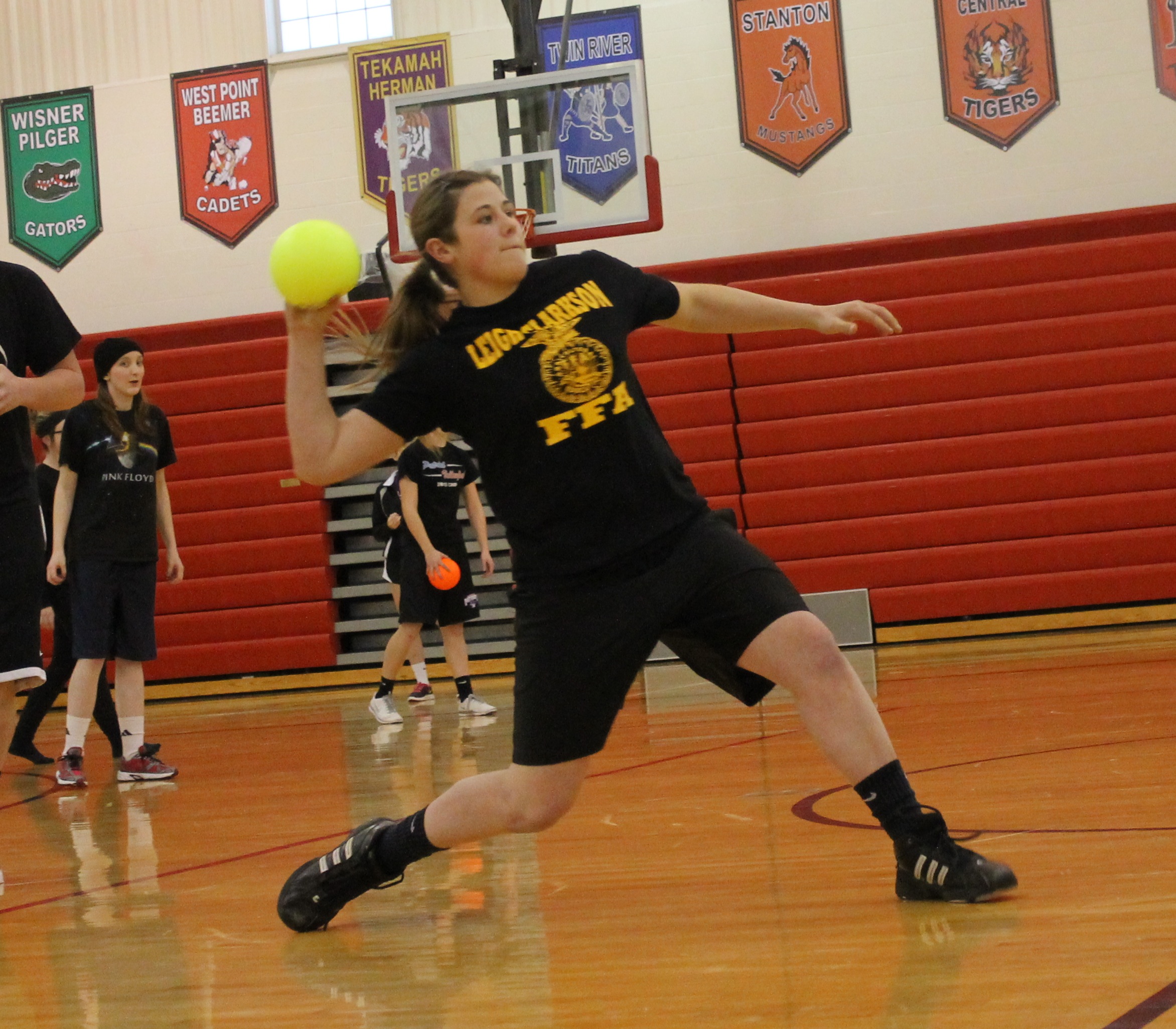 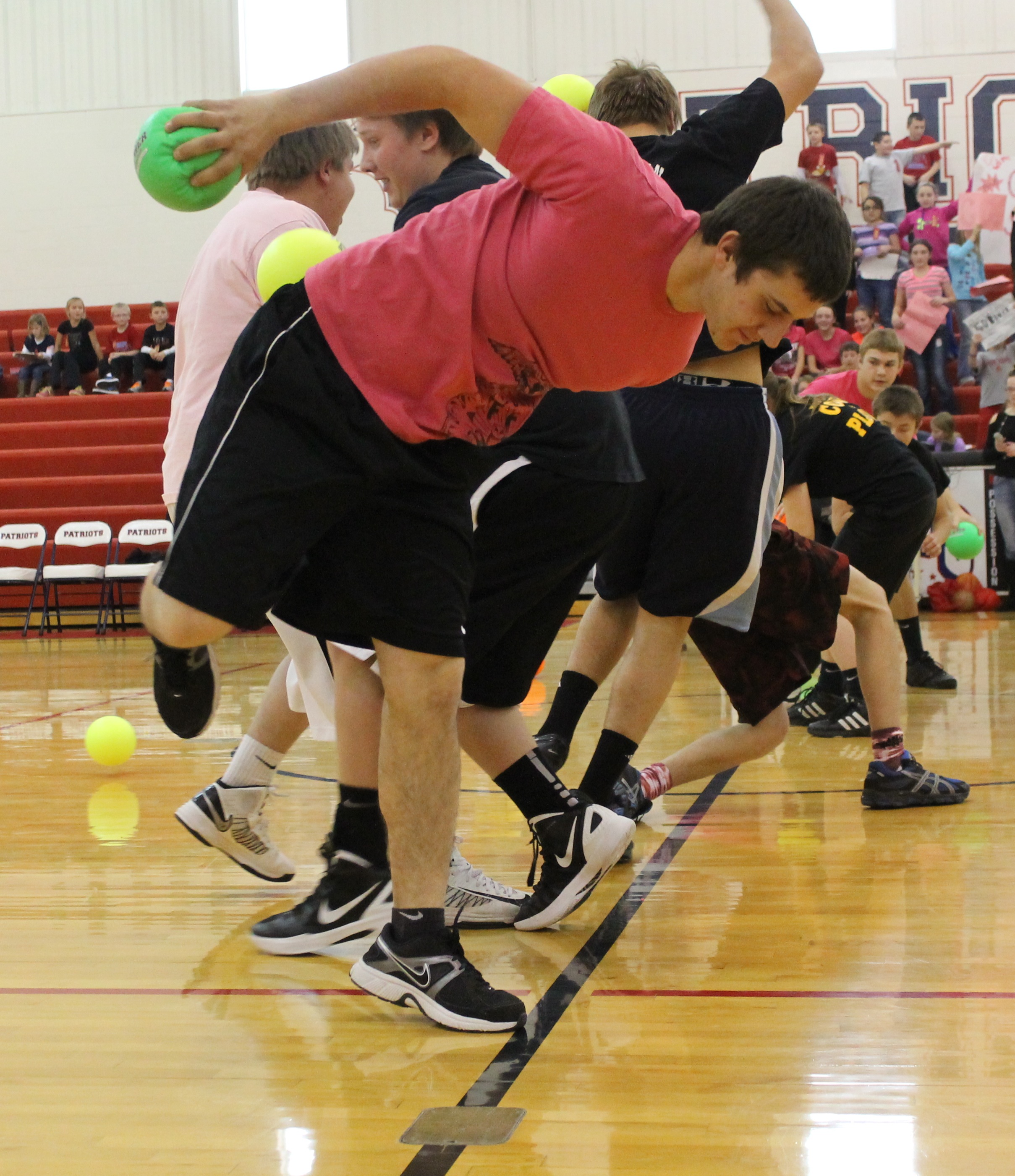 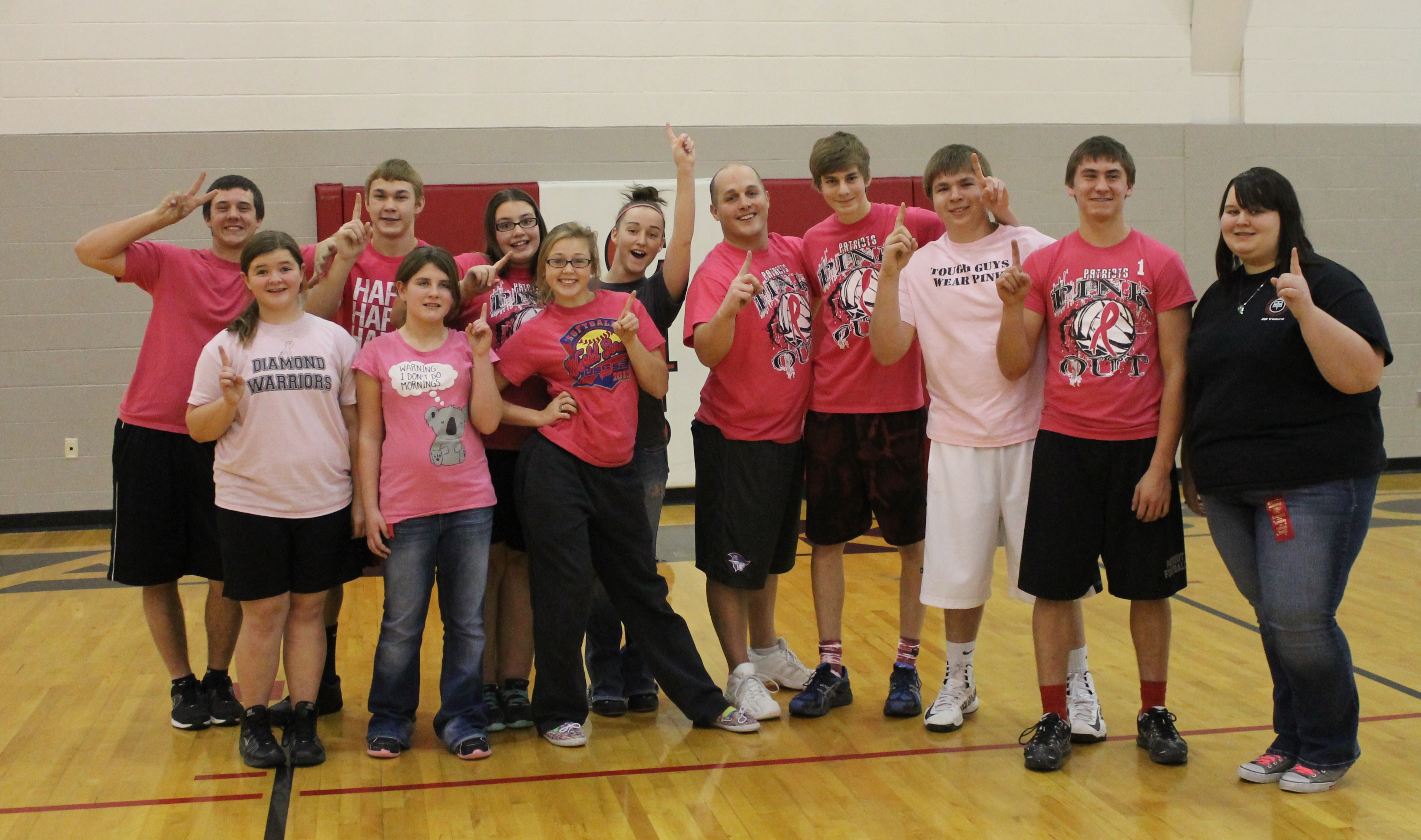